Diffraction of radiation is used to determine the atomic structure of materials. The technique developed more than 100 years ago, using single crystals, which are hard to get or to make. Exactly 100 years ago, Peter Debye overcame this limitation with the invention of powder diffraction, making sample preparation a piece of cake.

Then 50 years later, Hugo Rietveld introduced a data analysis method that enabled accurate determination of the 3D crystal structure from the obtained powder data. The two major steps forward make powder diffraction a standard tool in academia and industry today. We want to celebrate the centennial + golden jubilee with you on the 22 September 2016.

Group photo of the participants 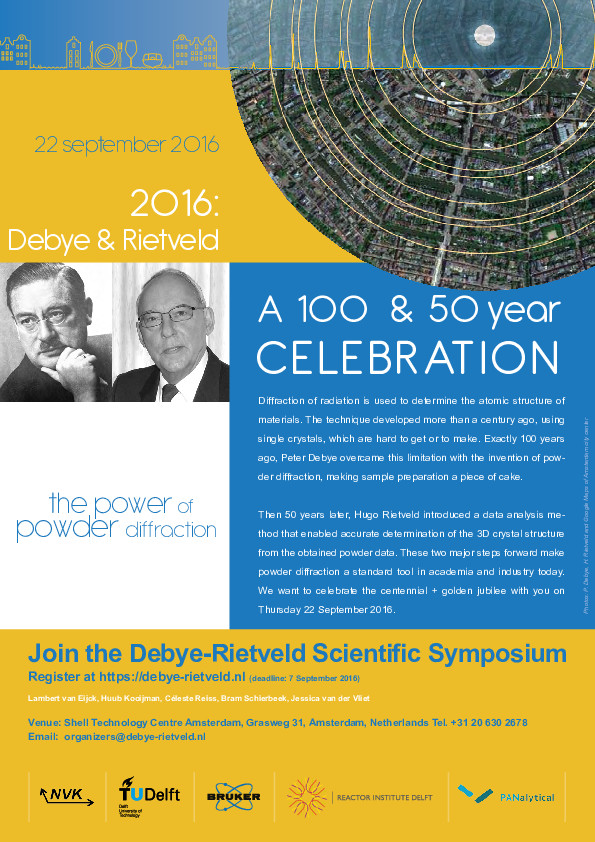 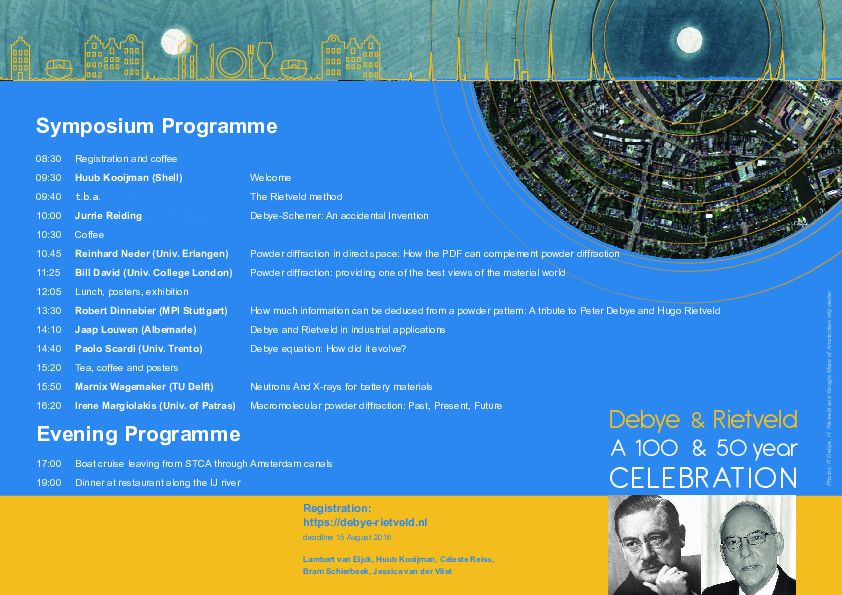 The celebration will be held in Shell Technology Centre Amsterdam (STCA), located Amsterdam Noord. Like no other international energy company, Shell invests in science and has been so kind to offer the organizers of the celebration to host the Debye-Rietveld celebration at STCA. We are very grateful to Shell for offering this opportunity! STCA is centrally located (Grasweg 31, 1031 HW Amsterdam, The Netherlands) and excellently served by public transport. 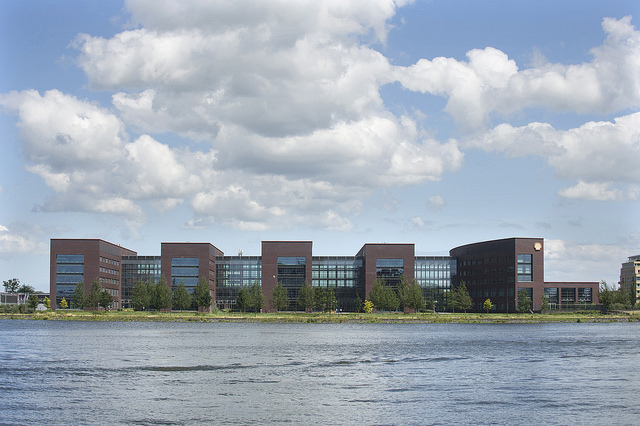 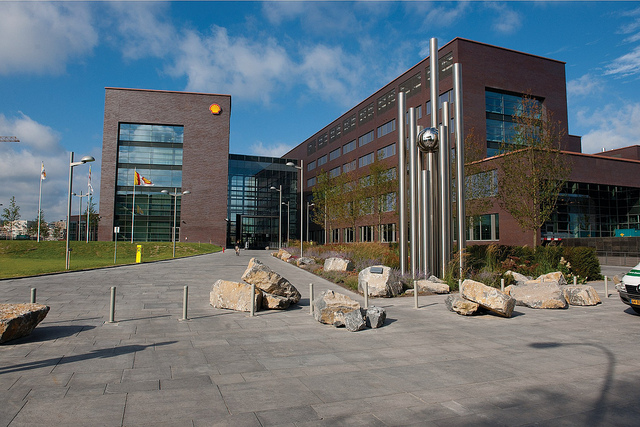 The idea for this symposium came from prof. Bill David from Oxford University who pointed out that this year, 2016, we celebrate the centenary and 50 year jubilee of two major contributions in powder diffractometry. By coincidence, both contributors were Dutch.

The core team of the Debye-Rietveld celebration

The front page of this website shows the two scientists who will be celebrated at this event: Peter Debye and Hugo Rietveld. The banner on the other pages show the central part of a powder diffraction film (called a Debye-Scherrer film) used to record a powder diffraction pattern. Nowaday, the film is replaced by a 2D detector. The left part of the banner shows a part of the Amsterdam Canal District: You will enjoy a boat trip through this 17th-century district in the Evening Programme.

This celebration is organized by members of the NVK, the Dutch Crystallography Society. When you buy a ticket at the registration, you will be paying to the “Nederlandse Vereniging voor Kristallografie” (NVK) and the internet-payment company Mollie takes care of the secure online payment.