On June 1st, 2015, Space Application Services started the development of a commercial payload service for the ISS, partially financed through a Horizon 2020 grant obtained from the European Commission. 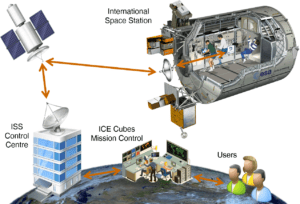 The XRayLab was originally aimed at crystallizing and characterizing protein-ligand complexes for pharmaceutical research (hence its initial name of PharmaLab).
Further to a feasibility study and some discussions with scientists in the fields of protein crystal growth and crystallography, it became apparent that this facility could in fact be used for a broader range of experiments.

In order to identify the different fields of exploitations and studies that could make use of the XRayLab capabilities, the white paper is meant to be distributed to a wide audience of potentially interested scientists, who are encouraged to suggest experiments.

Because Space Application Services is a Belgian SME (with offices in Noordwijk in the Netherlands) and because the developer of the X-ray subsystem of the facility is a Dutch SME, they are particularly interested in hearing from Dutch and Belgian scientists in view of getting additional support from the national agencies / ESA delegates for the finalization and initial utilization of the facility.

To that effect, and as one can read in the white paper’s conclusions, they would appreciate knowing if one’s investigations could benefit from the availability of such an XRD instrument on board the ISS, and being introduced to some other scientists working in the areas of possible utilization of the XRayLab facility.

Please get in touch with the XRayLab Development Team via email or phone Space Applications Services at +32 (0)2 721 54 84.